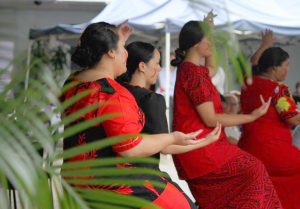 The CAMS Pacific Island State-wide worker continued to undertake a range of activities which deliver outcomes for Pacific Islander individuals and community groups and increase their ability to participate positively in their community, to increase public awareness of the needs and issues experienced by vulnerable Pacific Islanders residing in Queensland, and to ensure inclusion by improving liveability within the Queensland community.

The program has continued to participate in a range of networks during the reporting period, particularly the Queensland Pacific Island Workers Network (QPIWN), the Federation of Pacific Island Communities Qld (FPICQ), and the Nofo a Kainga -Queensland Tonga Council (QTC) as well as including those focusing on Police and Pacific Island leaders, sport, mental health, the environment, suicide prevention and cultural awareness and competency.

This annual event again supported the ongoing building of harmonious and cohesive relationships between the Indigenous and Pacific Island communities in Logan. This year’s event also invited leaders from other culturally diverse groups in Logan to ensure that all of Logan’s 215 cultural and faith groups maintain peace and harmony. The event was held at the Salvation Army Life Community Church in Slacks Creek and attracted over 300 people. 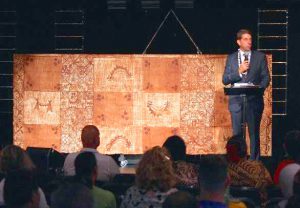 The Pasifika and Maori Mental Health Forum-Fono / Hui was held in February 2015 and formally opened by the Hon. Cameron Dick, Queensland Minister for Health, following 12 months of collaborative work by a range of organisations to host a culturally relevant forum to better understand and address the sometimes difficult subject of the mental health needs and issues of Pacific Island peoples and communities. Approximately 200 people attended the forum from a range of pacific island communities (Cook Islands, Fiji, Maori, Niue, Papua New 28 – Guinea, Samoa, Tonga and Tokelau), community organisations, government departments and academia. 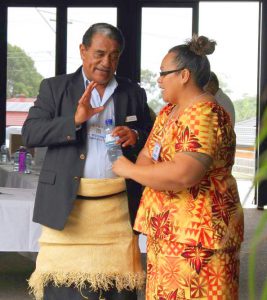 The main findings of the forum established that Pasifika and Maori communities do not respond to healthcare avenues that do not match their concept of health and wellbeing. While current engagement efforts are commendable, mainstream mental health services available in the south-east Queensland region do not provide sufficient levels of culturally appropriate support. A combination of factors, including stigma and perceived lack of respect by services appear to lead to Pasifika and Maori patients delaying or avoiding clinical assistance during times of mental distress. Findings and recommendations arising out of the forum are being disseminated and advocated for with the relevant policy makers and practitioners.

The CAMS program assisted the Far North Queensland organising committee for Talanoa Pasifika Conference 2014 which was held from the 15th to 18th July in Cairns. The annual conference which was initiated by the CAMS program in 2012 focuses on issues affecting Pacific Island people in Queensland. It examines the needs of Pacific Island people and identifies ways to address these needs. It builds a bridge between Pacific communities and local /State government, between academic researchers and industry leaders. It promotes understanding by providing a platform for people at the “grassroots” level to have a voice, and for policy makers to gain a better understanding of the realities of life for Pacific Island people in Australia. 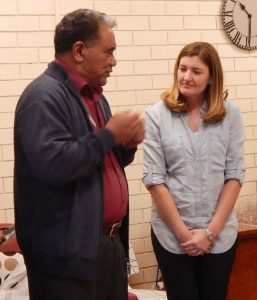 The CAMS program conducted a networking tour of Northern Queensland regional Centres during March and April 2015. The visit to Northern and remote Queensland enabled the CAMS program to meet the rural Pacific Islander communities residing in Northern Queensland, understand the needs of the PI communities in these regions and gather issues and possible solutions for discussion with policy makers. The CAMS workers visited to areas of Cairns, Townsville, Mackay, Bowen, Bundaberg, Mooloolaba and Nambour. The CAMS worker continues to conduct a community monthly radio program though 4EB Ethnic Radio in the Tongan Language providing information on the work with Pacific communities that also impacts on the Tongan Community.